how some kanjis were carved from other kanjis, a discovery I made more than a year ago. Kanjis follow equations. (And today I discovered: 笑 ＝竹 + 天. )

A year or more ago if you remember suddenly I discovered interesting kanji equations like this. This gives credence to whats to be understood from kanji.

Kanjis were often cut or merged to produce new or functional kanjis.

This much for now. If you come across more discovery like this in this web-site, inform me. Ah I just found one more, but the power just went off and ups is beeping, so I will try this search later. Let me save and publish this much now.

Nemesis; This article actually contain very interesting other kanji equations. But for now I can’t review as there is a power-outage, I will get back.

More have been found, previously but I haven’t reviewed. Sheer joy is it? You can see the picture that kanji are simply cut and paste perfectly into kanji equations. 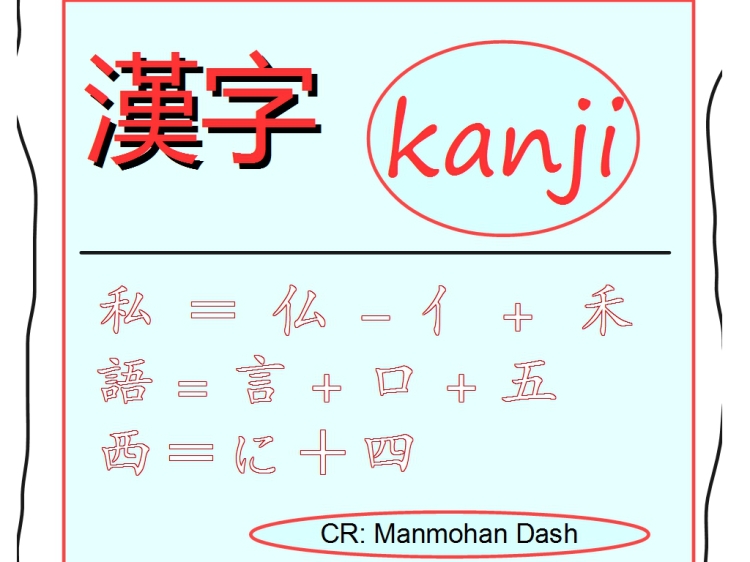